Help Compass Housing go beyond to grow a star.

In households where money is tight, kids often miss out on the sort of extracurricular activities that most would simply take for granted. But these activities play an important role in connecting young people to their communities.

Beyond Bank is partnering with Compass Housing to provide a youth mentoring and scholarship program that will help young people where financial obstacles that could be preventing them from following their dreams.

The “Beyond Bank Scholarship” delivered through Compass Housing’s “Grow a Star” program, encourages generational change by empowering these young people to follow their academic, sporting or artistic dreams.

As a young girl, Lucy endured a multitude of disadvantages, and as a result, she was home schooled for several years. This impacted significantly on her confidence and social interaction with her peers.

When Lucy came to Grow a Star in 2014, she was a very shy 12 year old, with dreams of one day becoming a professional musician. Suffering from an anxiety disorder, was one of several barriers she needed to navigate before she could even contemplate performing in front of crowds.

Through the Grow a Star program, Lucy has worked tirelessly on her singing over the past six years and this has taken her from that shy 12 year old to a very confident 17 year old young woman who fronts her own music band, has released a number of songs on social media platforms and has supported major overseas acts performing in front of large crowds in major Sydney live venues.

Lucy has made lifelong friends through this journey and her parents have witnessed a change in her confidence and demeanour along the way.

Lucy was recently nominated as a finalist in the 2020 Channel 7 NSW/ACT Young Achievers Awards. She is currently studying for a Certificate in Sound Production and Lighting. 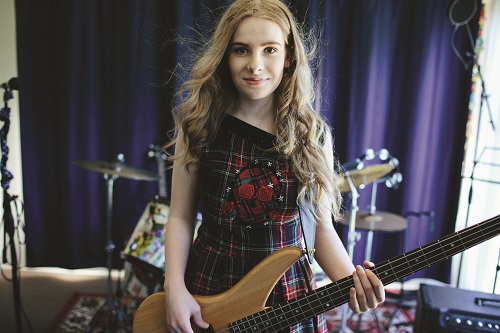 Choose Compass Housing when you open a Community Reward Account.* You can open it online and it takes less than 5 minutes.

Start saving and you’ll earn a great rate of interest. And the account will help raise money for Compass Housing too!

The more you save in this account, the more we will donate on your behalf each year to Compass Housing, you don’t pay a thing.

Set up is easy.

Beyond Bank partners with organisations that provide positive impacts to address emerging problems faced by many Australian’s experiencing financial hardship.

*Before acquiring the product, you should consider if it is right for you. For full terms, conditions, fees and charges please view our Financial Services Guide, Product Guide and Fees and Charges Guide. These guides are available upon request, can be viewed on our website and will be provided at the time of acquiring the product. Interest rates are subject to change without notice.

^Please note this link will take you to an external website where their Terms and Conditions apply.

Connecting...
Greetings!
Welcome to the other way to bank.

We're so sorry live chat is not available right now, it's either outside our business hours or we are temporarily unavailable.

We're so sorry live chat is not available right now, it's either outside our business hours or we are temporarily unavailable.

Beyond Bank Australia has carefully reviewed our rates following the recently announced changes from the RBA regarding the official cash rate.

A comfortable retirement doesn’t have to be a dream for the few. Our National Manager Wealth Management, Jeremy Quartermaine, believes that with a few small ...

Following the recent merger with South West Credit, we’ve announced a support fund of $100,000 for the local Warrnambool communi...

Do you already bank with us?

You can open a new account quickly and easily using Internet Banking.